Before I go any further, I wanted to state up front that I happen to be a big Ryan Braun fan.  When Jose Reyes was in the thick of a batting race with him, I wouldn’t have minded if he lost to Braun.  That’s how crazy I am about him.

That’s something you have to know about me.  Though I am a Mets fan true and through, there are some players that get to me that I have to follow since my love for baseball transcends my team sometimes.  I’ll root for the name on the front of the jersey first and foremost.  But there are guys that I tend to watch because of their names on the back of the jersey.  Ripken.  Lincecum.  Now Braun.

I’ll still continue to watch him, if only to feed my own curiosity as to how he responds to this whole drug testing drama.

I guess in real life, I happen to be a little more on the optimistic side of realist.  In my optimism, I tend to want to see the best in people, and believe in the best side of people.  However, I’d be silly to not acknowledge that Braun was looking out for the best interests of himself in this process, under the guise of what’s best for baseball and what he found to be an incredibly flawed analysis of drug testing.

I’m just as much against performance-enhancers as the rest of us, but let’s be fair.  When Mark McGwire and Sammy Sosa were smacking the crap out of the ball in 1998, when they both looked like the Incredible Hulk, didn’t we all just turn a blind eye and watched for the love of the game, despite what the naysayers said?  When Jose Canseco came out with his Juiced book a few years back, I actually turned up my nose.  I felt that what went on in the clubhouse should have stayed in the clubhouse.  It’s one thing if he wanted to come out and say, “I fuckin’ did steroids.”  To throw his teammates under the bus just wasn’t cool to me.

Yet, it doesn’t mean I think those years he players should be considered tarnished.  There’s a lot going on behind the scenes in baseball that we aren’t privy to.

Here’s my take on a few of the themes in the Braun case.

Many prominent MLB players back his side of the story, even those who aren’t on his team.  Matt Kemp, a runner-up in the MVP balloting that Braun actually won in 2011, was happy that Braun won his appeal, and even went so far to say he wouldn’t want the MVP title if Braun had to forfeit it for any reason.  Remember when Mike Greenwell said that he felt that he should have won MVP when Canseco won it admitting he did steroids to enhance his numbers?   Kemp wouldn’t have wanted a tainted MVP win any more than Braun, I suppose.  Many other players not named Corey Hart (a teammate of Braun’s) have come out in support too, such as Mark DeRosa on the Nationals.

I guess it’s two-fold.  At the end of the day, players are “union brothers,” so this is sort of a win for the player’s union.  Anyone who doesn’t back another player is just a scab, I suppose.

Then there’s the MLB side, the only side who are really bashing the system…you know, the system they put in place.  And of course, beat writers and fans with a soapbox (especially those in the NL Central, rightfully so to question it, of course) who all know better than the players.

This isn’t some kind of blind-eye fan girl optimism.

Okay, maybe it is.

This might be an unpopular view, but after reading some of the articles today (especially the New York Times), I happen to think that Braun has exposed a huge hole in the testing policy in MLB.  I mean, it’s bad enough it took them forever to acknowledge that, hey, this actually IS a problem, it seems like they’re using some antiquated methods in handling the specimens that could effect the process.  At the end of the day, these players have livelihoods and families to support and all that jazz.  Do we really want a Homer Simpson-like courier to handle the specimen of a high profile player who could easily be taken down because there’s a flaw in the process?

I’m not saying that’s happened…but Braun did bring up a technicality that could impact the testing system.

I hear some people say that Braun should just give a test sample to clear his name anyway.  That’s also flawed for many reasons.  I used to be in a Union, and there are things that a member can do that the Union will not support.  The Union doesn’t have to support, for example, taking a lie detector test, and I’m guessing along those lines that if a player doesn’t have to submit a DNA test to clear his name, why would they support him if he wanted to do that?  In a way, his name has been cleared, albeit on a technicality.

At the end of the day, this was a news story that should have not even been a story in the first place.  We’re raised with the idea that we’re all innocent until proven guilty, except in the era of PED-testing where you just might as well hang up your cleats and call it a career the second your name gets anywhere near tainted.  Yet, at the same time, in the instant-gratification of journalism, we still go with the old adage if it bleeds, it leads.  What better to spice up a pretty dead winter with “OOOOH the reigning MVP might be taking PEDs.  FILM AT 11!!”

I’m not saying he took them, didn’t take them, whatever.  All I’m saying is that there are no winners, no losers in this drama.

So Ryan Braun got off on a technicality.  What can we do?  MLB will have to make their process more bulletproof.  Players will have to still monitor what they put in their bodies.  (They should do that anyway.  Idiots).

I still happen to like Ryan Braun a lot and wish him well in the upcoming season.  He’s gonna need it with the extra scrutiny and lack of a big power bat missing in his lineup now that Prince Fielder is gone. 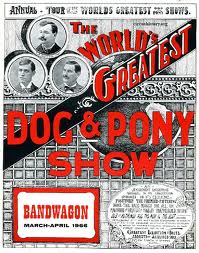