I’m not a person who blogs to “report” on shit.  Seems self-defeating right?  But not to me.  Quite frankly, I’m not going to write about something that you can get information on from like 500 different sites at the time it happens.  And they all tell you the same thing.

Plus, I’m an observer.  I like to think and mull things over before making an opinion or even an informed decision.  So when crazy contracts were being doled out back in December like free ice creams cone day at Ben & Jerry’s, I wasn’t going to weigh in right away.

But I can now.

Being a Mets fan, I’ve had my share of winning in the offseason versus the actual winning games on the field happen.  More often than I care to admit.  The Mets were also in the thick of things during the winter meetings and hot stove happenings, but mostly on the “wrong” side of them, simply by not dishing out a six-year contract to Jose Reyes.  My friend Sully from Sully Baseball even said that he didn’t think it was the end of the world for the Mets and I agreed with him.  I don’t have to like it, but I’m not going to jump off a bridge.

Besides, what are the odds that the Miami Marlins will actually hold onto Reyes for the duration of his contract?  Slim and none, and slim’s out of town, right?

There were many more moves besides Reyes.  There was Albert Pujols and CJ Wilson to the I’m-Calling-Them-California Angels, Prince Fielder to Detroit Tigers and Mark Buehrle and Heath Bell to the Marlins as well.

Until this little nugget of turd came out from the Sporting News, and I really had to analyze where they were going.  Basically, the gist of it is, if your team signed overpriced and payroll-choking talent that has had its hey-day (as Sully put it, paying for John Travolta’s Saturday Night Fever years when you might get at least one year of Pulp Fiction if you’re lucky), you got an A.

The rest of your teams, though.  You’re all fucked.

Seriously, how fucking hard is it to definitively identify where a team’s strengths and weaknesses are.  Let me throw out the Mets for a second.  I’m not expecting much here.  Yet, Sandy Alderson has to make do with what he has, which is basically a bucket of shit.  There’s no mention in this piece about the trades he had to make, like Angel Pagan and then signing bullpen help to short-term deals with little risk and very high rewards.  He has very little wiggle room.  Do I expect much from this team this year?  No, but at least there’s some flexibility now.  It’s like this piece didn’t even address what the Mets had to work with.

What I love most though is the emphasis on the free agent signings.  Marlins and Angels get A+++++++ because they dished out more money than a sailor on leave in Amsterdam’s red light district.  What it doesn’t tell me, though, is what these deals are going to do to these teams long term.  You know, like prohibit them from making other moves and then being underwater with these contracts in two-three years.  Because trust me, this is going to happen.

Then there’s the obligatory Yankee ballwashing.  They made a good trade though and if they can trade AJ Burnett for a breathing human, I’d say it was a coup.  Yet, here’s what gets me: the Yankees always make these under the radar moves (like Curtis Granderson a few years back) to make them loss-proof in the playoffs.  Has that happened yet?  No.

The next best teams in the offseason were Detroit and the Boston Red Sox.  The Red Sox gets brownie points for getting a good manager.  Now, they neglect to address one very small item: their team hasn’t changed all that dramatically except for the managerial spot, which was the least of their problems last season.  Terry Francona essentially stepped down for trying to do a good job.  He walked away because of unrealistic expectations put on a team that WON ON PAPER last offseason.  Remember how that panned out?  Oh yeah, they lost Game 162 to a team with absolutely nothing to play for since like MAY of that year.

As for Detroit, I have no idea how Prince Fielder makes them a 162-0 team, but hey, more power to them I guess.

I could go on and on, but I’ll address one more team on this list: the Washington Nationals.  The Nats are an intriguing team to me for a few reasons, but they also added the tutelage of Davey Johnson (whom you all should know I love), but they added former Oakland A’s-fan fave Gio Gonzalez via trade.  Now here’s the thing: when this trade went down, there were two factions.  One which thought Billy Beane was fleecing the Nationals for the four prospects he obtained in the trade, the other which went crazy when Gio left the Bay Area.  Neither one of those sides I’ve mentioned seems to think to the extent that this deal might actually work out in the Nationals benefit.  Sure, they might actually finish over .500 this year.  And I agree that maybe the deal does give them a “B” offseason.  Is this the type of deal that might hinder them long-term?  Perhaps.  I mean, it’s not like they’re making a bunch of moves that’s going to put them on a sustained path to a championship.

In fact, that’s not something I’m reading about ANY of these deals.  I see these deals working out like most long-term/high-dollar deals or trading the future for maybe one-to-two good years of a talent before they themselves become a free agent, like, never.

So that brings me back to my position as a Mets fan.  Could the offseason been any better?  Oh, absolutely, it could have.  As much as I hate to admit it, I don’t like the idea of not having Jose Reyes on our side, and feel that as a big market team they could have, under better circumstances, kept him around and it wouldn’t have been such a huge commitment, even six years.  The deal is what it is, and I’ve already let it go.

Then again, look at the deals that the team that did land him made.  Heath Bell: 3yr/$27mm.  Mark Buehrle: 4yr/$58mm.  The piece de resistance was the Carlos Zambrano trade.  I know from my fan base that Mets fans thought it might have been a good deal to swing, especially with the amount of money that the Chicago Cubs paid to essentially have him play for another team.  The Cubs didn’t make out too badly.  Theo Epstein, fresh off his revamping and rebranding the Boston Red Sox image over the past several years, got a once highly-touted prospect.  They might have eaten a lot of a bad contract but the idea is that this prospect could be a low-risk/high-reward type.

Yet, Zambrano is a known head-case.  I mean, this should go down as some must-see TV between Zambrano, new manager Ozzie Guillen and Marlins sandwich-short-of-a-picnic owner Jeffrey Loria.  Meanwhile, if someone like Alderson pulled off a deal like that, he would have been vilified by the fan base for trading away any prospect for Carlos Z with his known issues.  Damned is he does, etc etc.

This leads me to my conclusion.  As a Mets fan, I’m not unaware that their issues are more deeply rooted than not making the moves they should make to make the team better.  On the same point though I feel like they could be an exciting team to watch since I do believe that if we’re gonna lose, might as well do it with the young guys.

I suppose this rant is about my expectation level for a publication called “The Sporting News” to provide maybe a bit of detailed sporting analysis as to WHY these deals should work for these teams instead of just saying, “This team spent a lot of money this offseason, therefore they are going to rule.”  Maybe this year, but no one is addressing the pink elephant in the room, and how after year one, the majority of these deals simply won’t work in the team’s favor, just the players’.

Clearly, The Worst Team Money Could Buy was not required reading in their Sports Journalism 101 class. 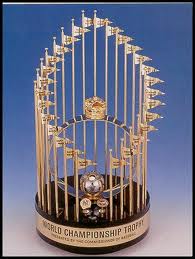