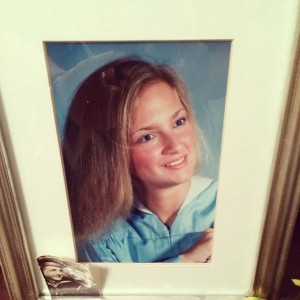 To say the spring of 1994 was chaotic for me would be an understatement.

I was weeks away from graduating from high school, but I hadn’t yet decided on a college. (That came in the first week of June)

I was having a public humiliating breakdown with the guy who was my high school sweetheart, but that was neither here nor there.

My mother and I weren’t getting along, and to add on top of all that, I didn’t feel like I had anyone else in my corner but my dad and my cat.  Maybe a handful of friends.

At age 18, this was as close to the end of the world as possible.

But the Rangers for the first time in my tenure as a fan were in the Eastern Conference Final.  Their opponent was the hated Devils.  But it was the first time I ever felt the word loathe for any other team.

The Mets had won the World Series just eight years prior.  But I was 10 years old.  What did I know about “rivalry” or “hatred?”  I had no idea of a Boston/New York rivalry at that age, let alone had any real deep-seated geographical rival except for the fact that as a National League fan, I had to hate the Yankees.  It was in my blood.

So each game of that series, I’d meet my dad in Neptune (where he was living at the time), we’d take a ride over to Kelly’s Tavern (ye of the infamous reuben) and watch playoff hockey.
Ask me when
I’ll say it started when I met you
and ever since then I knew that the past couldn’t last
For right now I think I’m running
a race I know I’m gonna win
and I wouldn’t normally do this kind of thing
I wouldn’t normally do this kind of thing

Dad and I had a pretty decent run at Kelly’s.  We had caught a few games in the first two series, from what I can remember.  I mean, this is 20 years of faded memories, and my age is catching up to me in some respects.

But I do remember drowning myself in music, in my drive to Neptune each of those games.  On the way there, I listened to my newest find, Very, by the Pet Shop Boys.  They were simply not a one hit wonder for me.  One of the most underrated bands of its generation, in my opinion.  On the way home, win or lose, I’d listen to Erasure’s Greatest Hits (I believe the album was titled “Pop!”).

As I contemplated my next chapter in life, I really took in the music.  Very was lyrically intelligent and really hit close to home with so much of the messages of the song.  It started off with “Can You Forgive Her?” and ended with “Go West,” the cover of the Village People song.  Though the ride to Neptune usually brought me to either “Dreaming of the Queen” or  “Yesterday When I Was Mad,” the fifth or sixth song on the album.

If I wasn’t arguing or butting heads with my mother, my high school boyfriend and I were falling apart.  Music had always been an outlet.

And as I’ve said before, along with music, came sports.  But this was the first time I had a horse in the race, a first time in a long time.   From the dramatic entrance of song number one, to the moodiness of every other song to the anger and empowerment, it succinctly said EVERYTHING that I had been thinking, feeling or wanting to say myself.  About breaking free from the norm, and following my heart.  Something, by the way, that I am doing right now, and trying to come to grips with.  Adulthood may be overrated sometimes, but following your passion is always something that needs to be done.

To this day, I listen to Very, and it still gets me everytime.  It’s what I deem one of my “desert island albums.”  When my car was stolen in 2000, this was one of the CDs that was in there.  They could take the car; Very needed to be replaced.

It not only gets me…I get IT.  And when I listen to it, it brings me back to one of the most treasured times in my sports-loving life, and that’s when the Rangers won the Stanley Cup in 1994.  The album empowered me to drive up to a school and make a decision on the spot.  It made me make amends with my mother.  It made me move on from my high school boyfriend.  And it made me a hockey fan.  I have given up on the sport in the past.  But I’ve been back long enough to say this is special, and as a fan, I’ve earned that shit.

In recent years, before each game when the Rangers are in the postseason, I try to get in at least one song from this album.  It’s just one of those things I never get sick of hearing.  If I’m lucky, I will try to listen to the first five or six songs, like I used to when I’d go watch the games with Dad.

The 1993-94 Rangers are not just special in my heart because they won a championship.  It was because, as corny as it sounds, it gave me strength to move forward with my life.  That my world wasn’t crashing down around me…that things could and would be all right.  That like a caterpillar, I’d be a butterfly, floating off to my next chapter.

It’s very rare that I talk about alternatively being grateful or being pissed off at being a sports fan.  But last night’s win and subsequent playoff series victory made me so grateful for the Rangers. For my dad.  And for that spring of ’94.

This one is for Henrik and for McD.  For DStep and for Staal.  For Martin St. Louis.  For Grumpy Damus. For Chuck.  For NotGlen.  For Aimee.  For Katie.  For Anne Marie.  For Alvin and Kelly.  For Justine.  For DMan.  For Ciel Seidel.  And for everyone else in between (including my cousin, who came in later in life to love the Rangers).

And for especially the Pet Shop Boys, though I’m sure a British electronica band really would never see why they’d be forever linked with a U.S. hockey team.  They helped me get through a rough patch in my life, and so did the Rangers.  And they still do to this day.

Sam Rosen said in 1994, this one will last a lifetime.  I hope that he is wrong, that 1994 was it.  Thank goodness that I am getting to see another “very” amazing postseason run.

This is something we normally wouldn’t see.