That’s good enough for me!! 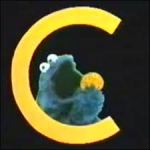 Ranger fans received some great news that a) the team isn’t as clueless as we thought they were and b) someone who is the heart and soul of the team was rewarded, finally!

Ryan Callahan was named the 26th Captain in franchise history today, along with Brad Richards and Marc Staal being named the Alternates.

Even Glen Sather had to agree that “Ryan Callahan embodies all the leadership qualities we seek from our captain.”  Amen.  Not sure if he’ll be “Messier-like,” but he does inspire his teammates to play better, and to me that suggests he’ll be a great leader.

I will argue that the reason the Rangers did not go far into the playoffs last season was because of the devastating loss of Callahan at the end of the season.  So heartbreaking, but hopefully with the addition of Richards, and a break out season from Marian Gaborik (please?), Henrik Lundqvist won’t be the only guy worth a damn going into 2012.

Oh and on a side note, I attended a Rangers Subscribers event last January at Hammerstein Ballroom/Manhattan Center.  I got lots of “eye candy” photos for the ladies of Cally and Handsome Hank (to the guys…your man crushes I suppose).  Enjoy!