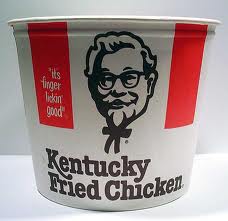 Back in 2006, the Mets had gone on an improbable run, all the way to Game Seven of the NLCS.  People attributed the wins to a combination of talent and that ever-elusive “Clubhouse Chemistry.”  Remember the title article on Sports Illustrated, “Captain Red Ass and the Intrepid Mets?”

With players like Julio Franco (seriously?), Carlos Delgado (f’ing shocker) and Pedro Martinez (who wasn’t around nearly enough in the next few years to contribute to chemistry), it was hard to argue that there was something going on behind the scenes there. However, if you remember, the year before, Carlos Delgado had turned down more money to play in Florida “because he had a better chance of winning there” (meanwhile, I argued that had he signed with the Mets originally, they probably would have gone further in 2005 AND further than the Marlins, as evidenced that year), and although the Mets finished over .500, it was hard to get a good “read” on it because Mr. Stoic Carlos Beltran and Mike Piazza, himself a quiet clubhouse presence, even though he was rounding out his seven years in New York at the time, weren’t letting on there was any.  In 2006, they were shouting it from the mountaintops.

I was inspired by a few things today that caused me to analyze this type of chemistry.  See, I thought about the 2011 Mets, and their take on chemistry.  Look at RA Dickey and Justin Turner, to name a few.  Dickey was officially and unofficially “the man” whether he was on the mound or hanging out in the clubhouse.  His teammates loved him, went to bat for him (though usually, just not in games when it mattered) and even when he joined Twitter, interacted with fans on a level that they all fell in love with his gigantic personality even more.  Turner inspired us to make a “Justin Turner Facts” page on Facebook, and caused the team to play with a common purpose.  It was evident what the Mets lacked this year to prohibit them from winning, and it certainly wasn’t chemistry…it was clear that these guys love each other.  Even Carlos Beltran, who was traded midseason to the San Francisco Giants, caused a few tears to be shed when he left.  A guy that a good percentage of fans were not all that warm about.  Clearly, chemistry wasn’t enough of an X-factor to propel the Mets to even a winning season, let alone make the playoffs.

Yet, today, an article on that very topic, clubhouse chemistry, appeared while discussing the Boston Red Sox.  There is massive upheaval in New England, with Terry Francona stepping away (though it was an option non-exercise, he had an option to return, the team and he decided to part ways), and today it was announced that General Manager Theo Epstein is leaving the Red Sox to join the Chicago Cubs, a team as “cursed” with lack of pennants as the Sox were when he joined.

A lot of this was knee-jerk.  Epstein’s good work certainly outweighed his bad, though there could always be the argument that a managerial change could be good for the chemistry of the clubhouse.  Blah blah blah.  As someone brought up on Twitter, if Epstein brought Francona over to manage the Cubs and they win there, chances are, Boston will kick themselves for letting go of two guys who could make a difference on a team, although they aren’t actually playing games on the field, they’re certainly as integral to the operations of the team as any player.

The other side to the argument though is not clubhouse chemistry but the actual clubhouse, a tangible item that is viewed daily.  People in Boston are still trying to figure out what went wrong, when the reality is…there were a ton of things.  When the Mets collapsed in 2007, people easily pointed to Tom Glavine and his last game performance.  The reality was, there were plenty of games the team SHOULD HAVE won and COULD HAVE won earlier in the season, and we wouldn’t even be discussing him getting blown out of the water in less than inning in his last start.  There was a definitive power-decline in Carlos Delgado all season, Beltran was injured, Martinez only made a handful of starts in the last month of the year, that goddamn rainout made up in September (the Joel Pineiro game) that I am convinced would have been a W if they had played in June…Ah, but I digress.

Chances are, it’s never just one person or one thing or even one game.  This is a team sport, but it’s certainly easy to forget that when your team is losing and doesn’t seem to care.

Bob Hohler of the Boston Globe has a post today of why the Sox season turned out the way it did.  It’s hard not to agree with it, since he doesn’t just outright blame the management, the front office or the players.  Yet, he does single out certain players, for better or worse.  Normally, I don’t give much credence to “anonymous sources” in the clubhouse, and this isn’t exactly an endorsement.  The article did make me think, however, about multiple-failures leading to such a visible collapse, especially of a big market team that was supposedly destined for such greatness.

Some of the accusations are as follows:

Perhaps at the end of the day, Francona did lose the clubhouse, which is understandable when or if he would try to get them to not participate in things that they once were able to, because of the circumstances. Then again, they are big boys and know that winning is important, since they’ve all been around the good and bad of baseball.

Something else that the article doesn’t focus on, but it’s one worth exploring: the fact that the Sox lost several critical games to the Tampa Bay Rays, the team that won the wild card, and while owning the Yankees at the earlier part of the season, dropped several games down the stretch to them.  At the end of the day, wins and losses are what causes a team to falter.  Yet, the Sox and the area writers and their fans are trying to figure out what went wrong. It’s never just ONE thing…at the root of it all, if a lack of winning, and sometimes  you need to just chalk it up to it simply wasn’t their year.

I feel for Red Sox fans: after all, they are kind of like our brother-from-another-mother, the enemy of my enemy, etc etc.  And it’s not like I’ve not been through this before: I have been, several times over in my tenure as a Mets fan.  I’d like to tell them “It Gets Better,” but I can honestly say, it hasn’t gotten better for us.  Then again, our problems are different, and has to do with more of an inept and bumbling front office than anything else.

Maybe some things will turn around.  Maybe they can trade Lackey, and Carl Crawford will have a bounce back year and be the player they thought he’d be.  Perhaps change IS good, and will get players motivated to perform and be more dedicated to the team.  Yet, to 2011, I can say that winning games matters, whenever they happen.  As Francona said, no one said jack when the team went 80-41 from April to August, after starting the year slowly, then finishing slowly.  It’s that old saying, all teams will win 50 games, all teams will lose 50 games…it’s what they do with the other 62 that matters.

I say, eat all the fried chicken and drink all the beer you want.  If you are winning games, people will want to join you.  Just be careful when you lose, that you are not getting a haircut or playing cards or drinking beer.  You’ll get batteries thrown at you, some verbal, some real.