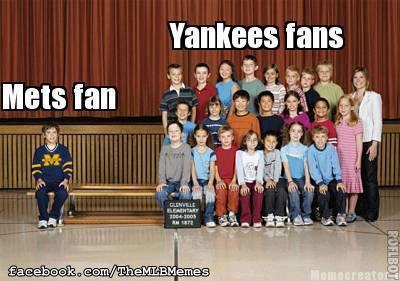 A Man Called E!, “Fitting In With the Misfits”

I know you might find someone like me who talks and drinks like a sailor surprised to find that growing up, I was very much a loner.  I didn’t have many friends and the shit I liked was NOTHING like what anyone else liked.  I was into New Wave and Brit Pop bands way before it was ever cool or emo.  I listened to music no one else was listening to.  I was a baseball fan when girls weren’t supposed to like it.

Instead of encouraging it, I feel that I was made to feel like there was something wrong with me as a result.  Kids thought I was weird and well, I guess I sort of agreed with them.

So I kept to myself mostly.  But being an only child, it wasn’t that difficult, especially an only child of divorced parents where both worked.  I had a lot of downtime for sure.

But the funny thing was, as I got older and met more people, I found that baseball was a connecting fiber for communities of people.  I remember during the Brooklyn Dodgers documentary “Ghosts of Flatbush” that was on HBO a few years ago, Louis Gossett Jr. said that when the Dodgers left Brooklyn, there was nothing to homogeneously identify with being in Brooklyn.  Baseball brought different races, creeds, characters from different parts of Brooklyn together, and nobody questioned it!

My baseball community started small, with my dad and his best friend and their family.  Then it grew when I started going to more games.  Then it blew up really during the era of social media.  I started my blog and met some amazing people, and even got a husband out of it.

But mostly, this was my happy place.  It’s sometimes not easy being a Mets fan.  It was the fans and the people who drew me in.

These days, I rarely go to games alone.  I’ve had no problem doing it, but usually just traveling to the game is a joint effort, with myself and Ed and the bears that usually come in tow.  There were two games recently that I traveled to CitiField all by myself, though, which is odd.  I’m used to traveling on trains and around the city by myself.  So I had my iPod queued up and ready to take the 7 train on Monday night.

I was invited to the game by a friend who was able to get four seats together.  Our friend Ray Stilwell, aka Metphistopheles, was joining us from the north and we got the Grand Poobah of Mets blogging to join us too, Greg Prince from Faith and Fear in Flushing.

You may remember my misadventures with Metphistopheles in May, when I got stranded in Buffalo, and he volunteered to drive me across the border.  To this day, I’m still grateful (though my trip didn’t exactly pan out the way I wanted it to).  Ray doesn’t make it down here all that often, so to take in a game with him is a treat.  Three out of the four of us made to the Hofstra conference in April.  This was the first time we got the band back together since then.

(Photo to the right was taken by Sharon Chapman)

The game itself was uneventful.  R.A. Dickey was masterful again, and deserved better from his offense as per usual.  Yet, I couldn’t help but be reminded of a song as I sat there with my friends.  Mostly me banishing Greg to the Caesar’s Club corner (for reasons I won’t disclose here, but it was pretty funny).  We talked about my husband and I almost got divorced over Angel Pagan (he’s Pro-Pagan, I’m Anti-Angel).  Talked about the previous game where our friend Sharon’s son was celebrating a birthday and he got the Carvel gift card they give out in the birthday inning.

On the way to the park that day, I had some time to kill on the train.  And I found an old album (gosh, it’s 20 years old at this point) that I once upon a time had on a cassette tape.  Ouch.  The artist was “A Man Called E!” and the song was “Fitting in the with Misfits.”  It’s interesting listening to that song 20 years after the fact.  At the time in my life, I was very alone.  I was a sophomore in high school.  I never fit in really anywhere.  That song always kind of struck a nerve with me.  I never quite liked it as one of my favorites, but I did like it enough. It was fresh in my mind as I sat at the game Monday.

Mets fans are an interesting lot.  We stick with the team, when sanity could reason that we should not be.  We root for a perfect game each day, knowing that our team is far from perfect.  And yet, CitiField and the Mets is where I belong.

Thanks to Sharon Chapman for the great photo!

This was us on Monday night.  At some point our Mets fandom and baseball fascination has brought us ridicule from others, but we found each other, in the “lost and found” as A Man Called E! sang about his misfit friends 20 years ago.

Later on that night, I went to go visit a friend of a friend…the infamous Darth Marc, from Metstradamus fame.  Turns out, he and I have a larger connection than Metstradamus…we know a lot of the same Blondie’s gang who hang in the Brooklyn Met Fan forum.  Talk about a bunch of “misfits” right there.  These are the guys who encouraged me to be myself and to blog, and were my very first supporters in the blogosphere.

More irony is when he posted this pic on Facebook, a mutual friend from Blondie’s and Brooklyn Met Fan, IrishMike, commented.  I never knew his last name.  We were only friends in Blondie’s name only.  Regardless, I was surprised to him friends with Darthy, though I dunno, I probably shouldn’t have been.

“Coop’s a brunette, Marc is at a Met game – I don’t know what’s going on. Well the Mets sucked again so there is some normalcy.” – IrishMike

The game sucked balls.  There’s no nice way to put it.  But hanging out with some of the misfits I know makes the games more enjoyable.

I was asked last night on a podcast why I was still watching games.  It has nothing to do with “believing” or thinking something might happen.  It’s not even about being mathematically alive or dead at this point.  But I’ll say this:  I watch because I know in a few months, there will be no baseball.  I may have hockey.  I may have football.  But baseball is my heart and soul and comprises so much of my personality.

I watch because it’s finite.  If you don’t stop and take a look once in a while, you might just miss it.

But we’re only lost when baseball isn’t around.